A visual video poem about desire within isolation

"I wrote a script titled 'sprung' that centered on a Black woman named Tee emerging from the darkness and grief of the global pandemic into the light and promise of the Spring, as she awakens from her slumber an unexpected voicemail tempts her desires, and she must decide how she will reconnect to the others and herself. Then I realized all the dope people I wanted to work with were spread across the country, so this short was created using an experimental method of isolated collaboration, where each collaborator, residing in a different state, was given the script and limited direction, but never interacted with each other. Michael James Shaw composed original music. Latra Wilson choreographed and danced original choreography. Cherise Boothe and Alexander Salamat separately recorded their voiceovers. Then I edited it all together. It was thrilling to trust everyone’s brilliance by giving them freedom to respond to how the script and story resonated with them personally, and build upon each other's work. It all came together in such a lovely and imperfect way that drips with humanity and intention. This short weaves together poetry, music, and movement into a visual video poem about desire within isolation on your own terms. We hope you enjoy it, and keep moving towards the Light.” 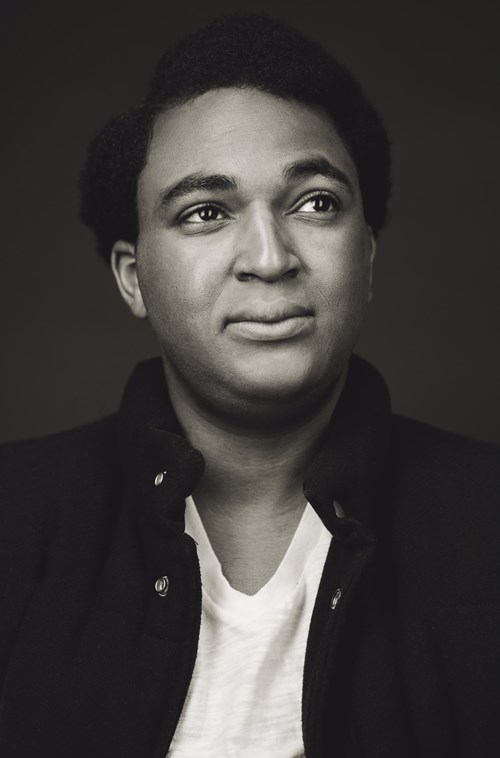 KAREEM M. LUCAS is a Brooklyn born and Harlem based Actor/Writer/Producer/Director. His solo pieces include “The Maturation of an Inconvenient Negro (or iNEGRO)”, “Black Is Beautiful, But It Ain’t Always Pretty”, “RATED BLACK: An American Requiem”, “From Brooklyn With Love”, “A Boy & His Bow”, and “A Warm Winter”. He’s performed his work at The Public Theater, New York Theatre Workshop, American Repertory Theater, The Greene Space, Aaron Davis Hall at City College, The Town Hall, The Fire This Time Festival, Rattlestick Playwrights Theater, HERE Arts Center, Hi-ARTS, JACK, IRT Theater, The Brick Theater, Teatro Circulo, Judson Arts Wednesdays, AFO Theater, The Slipper Room, among others. His solo show “Black Is Beautiful, But It Ain’t Always Pretty” will have its world premiere in the Woolly Mammoth Theatre Company’s 2020-2021 season, TBD due to covid. He’s in residence at the New Ohio Theatre, and it will culminate with a world premiere production, TBD due to covid. He’s an inaugural Jerome Hill Artist Fellow and a Usual Suspect at NYTW, and a teaching artist with the Classical Theatre of Harlem and The 52nd Street Project. MFA: NYU Graduate Acting Program. Website: www.KareemMLucas.com / Instagram @KareemMLucas

This project was commissioned in solidarity with those protesting systemic racism, anti-Black violence, and nationwide inaction regarding police brutality. In the summer of 2020, People’s Light reached out to a number of Black artists with whom we have relationships to ask how our people and resources can help elevate Black perspectives and art at this time. From these conversations emerged a series of digital commissions that range widely in form and content — from video to poetry to oral histories — but share a creative impulse that emerges from and speaks to this historic moment of activism and reckoning.

As a predominantly white institution, People’s Light has long benefited from and perpetuated the racist systems and structures that contribute to the violence, discrimination, and marginalization towards Black people that persist today. This series of commissions is one immediately tangible way we can support Black artists and use our public platforms to amplify Black voices, but true change must run deeper and be rigorously ongoing. Regular updates on our Equity, Diversity, Inclusion, and Anti-Racism initiatives are publicly available on our blog.