The final track on her new EP Alter EGO, "Brotha George" is actor-musician Miriam A. Hyman's tribute to the Black and brown lives taken by police brutality.

Hyman, who releases music under her rap moniker Robyn Hood, added "Brotha George" as a bonus track on her new EP after happening upon some Shakespearean inspiration.

"Shortly after the murder of George Floyd, I was rehearsing William Shakespeare’s Richard II for The Public Theater and WNYC's radio broadcast, which was scheduled to be performed this summer for Shakespeare in the Park. One of my lines as Bolingbroke is: “Mine innocence and Saint George to thrive," which comes as I’m about to have a brawl with the character Mowbray, whom I suspect was involved with the death of my uncle Gloucester. The plan is to fight to the death to prove my allegations. After hearing and saying that line aloud, I knew that in the current climate I had to do a tribute to the Black and brown souls whose lives were taken by police brutality. So, the chorus for 'Brotha George' is:

I call this the Bard to the Bars.

I included 'Brotha George' as the final and bonus track on my EP Alter EGO, which was released at 8:46 AM in honor of George Floyd. With this song I remember him and the many other unarmed Black and brown individuals who have been killed by policeman or people that have the law on their side: Tony McDade, Breonna Taylor, Ahmaud Arbery, Sandra Bland, Tamir Rice, and Eric Garner, and so many more." – MIRIAM A. HYMAN

Song produced by East-O
Shot by Suriya McGuire
Edited by Brad A. Kinnan
Styled by FabienneAmi
Make up by Julie Dinh
Featuring clothing by Stuzo and Alani Taylor 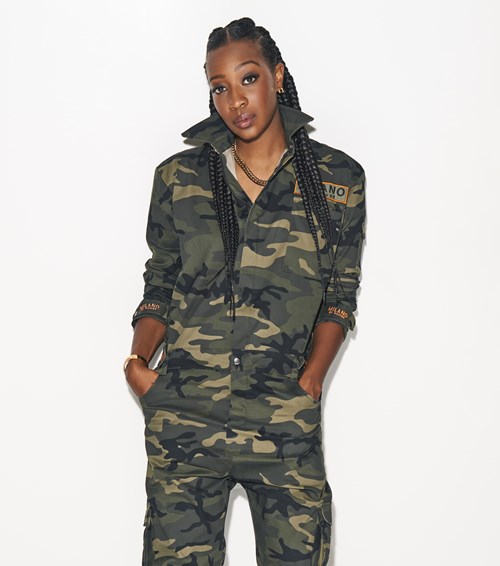 Making a Homeplace: Stories From The Historically Black Neighborhood of Swarthmore by Jeannine Osayande