Two Faiths, Working Together: Expanding Our Understanding of Bayard Rustin

Bayard Taylor Rustin (1912-1987) was shaped by his experiences as a member of West Chester, Pennsylvania's African American community.  He had access to two significant faith traditions. The Quaker tradition upholds the principle of pacifism. Rustin was introduced to these teachings from his grandmother, Julia.. His grandfather, Janifer, was a member of the African Methodist Episcopal faith, whose members held strong beliefs concerning African American autonomy.

The scope of Rustin’s skilled participation in movements that shaped the course of the 20th century provides evidence of his intellectual prowess. Rustin received a first-rate education at the segregated Gay Street School, and, in addition to his nurturing, he was exposed to local and national figures who fought oppression. Rustin would go on to mentor the next generation of African-American leaders. He was an advisor to Martin Luther King, Jr. He was an able tactician in his implementation of Gandhian principles of nonviolence.

Despite Rustin’s stellar contribution to  humanity, his efforts have been marginalized. His homosexuality was but one factor historians have used to justify his marginalization from our collective understanding of our past. Rustin willingly served a 28-month prison sentence in a federal penitentiary in Ashland, Kentucky for his refusal to serve in the Second World War. Rustin was able to endure the challenges of Ashland due to the inner strength that was birthed in him and nurtured in the cradle of West Chester’s African American community. 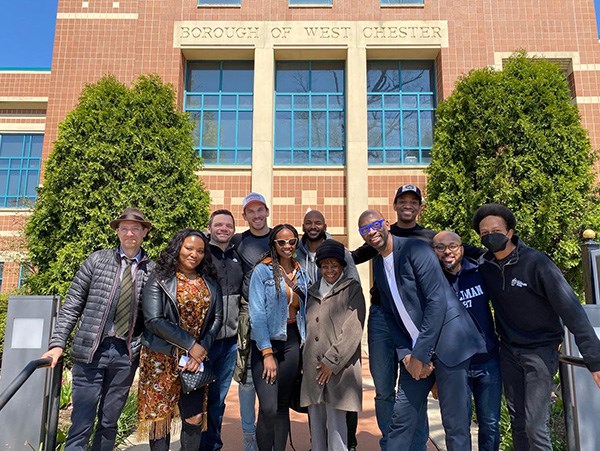