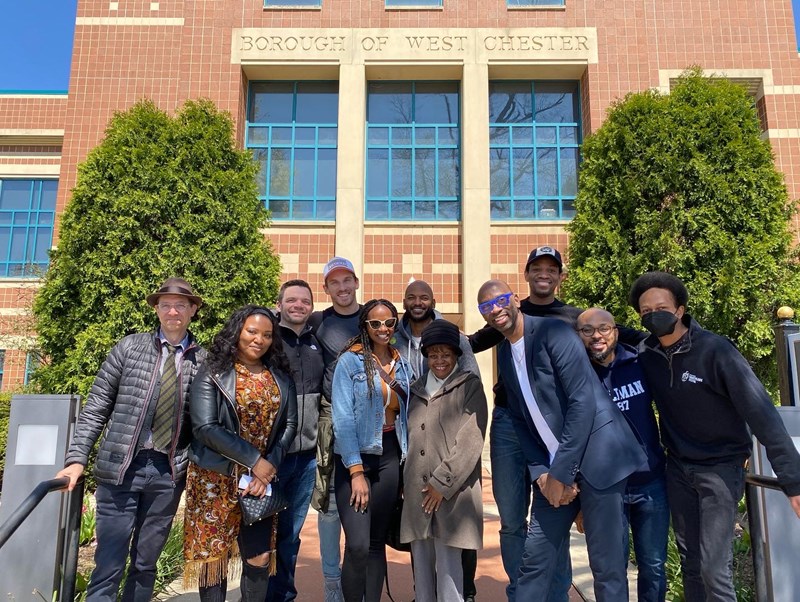 On April 30, 2022, the cast and crew of Bayard Rustin Inside Ashland embarked upon a walking tour through West Chester’s East End, led by local historian Miss Penny Washington. The tour focused on key sites from Bayard Rustin’s early life growing up in West Chester, and the people and places that were fundamental to his development as an openly gay Civil Rights leader. Watch the video below to go on the journey with Miss Penny!

Bayard Rustin Inside Ashland was onstage May 18–June 12, and streams June 13–26. CLICK HERE to learn more about the production.