The Genesis of America 2am

When People’s Light determined it was impossible to have an in-person 2020-2021 season, we thought a lot about how to remain connected to the wide variety of artists, audiences, community partners, and schools we are honored to engage each year. We are not a multimedia company, but we turned to digital content as a way to create original works of art, employ artists and artisans, tell stories of meaning, and celebrate and question the world we live in. We decided to experiment with a series of online productions that each take a different form and may appeal to different people.

America 2am is unlike anything we’ve made before. Informed by my background in soap operas, the idea for this series emerged during the height of the first wave of the pandemic as Americans became increasingly dependent on technology to communicate with one another. As so many theatres turned to Zoom as a potential substitute for everything from play readings to productions, many of my friends and colleagues moaned over the limitations of the platform. While we brainstormed ways to push Zoom to become a more hospitable refuge for theatre artists, I recalled the early days of television when the medium substantially evolved thanks to the inclusion of daytime serials on the networks.

By the time I was born in 1971, soap operas were a dominant force on TVs across America. I grew up watching Edge of Night, Search For Tomorrow, As The World Turns, Guiding Light, and All My Children. During the golden era of ABC’s “Love In The Afternoon” campaign, all these shows and their many counterparts indulged in the love triangles, secret twins, murder mysteries, and back from the dead storylines that are now considered the classic tropes of the form. In turn, they also upheld many oppressive, patriarchal, heteronormative, and white supremacist narratives. That said, these shows were also responsible for the first abortion, interracial marriage, and gay lead characters on television. They were predominantly scripted by women and grappled with domestic violence, sexual assault, racial profiling, child sexual abuse, workplace discrimination, and much more. Beamed daily into living rooms and college dorms, daytime television actively humanized many difficult experiences that no other medium had been as successful at humanizing at such a scale. This ability to both serve the dominant culture and subvert it at the same time always fascinated me. It’s what led me to work and write for various soaps during the 90s and early 2000s.

America 2am is not a soap opera. Not yet, at least. It’s an experiment in making a zoom series that possesses some of the dualities of daytime, but in the form of a mature melodrama. It provides a hacker’s view into the private stories of people who conspire and confess in the middle of the night. Similar to soaps, the stakes are high, the scenes are short, what’s on the surface may be deceiving, and there are cliffhangers between the acts. Unlike the soaps, our first four episodes (zoom-i-sodes?) are self-contained, with only “Oh, Canada” and “The Perilous Flight” sharing a connection to the other. If we make more, the stories may be ongoing and potentially intersect, becoming much more soap-like in the process. Stay tuned! 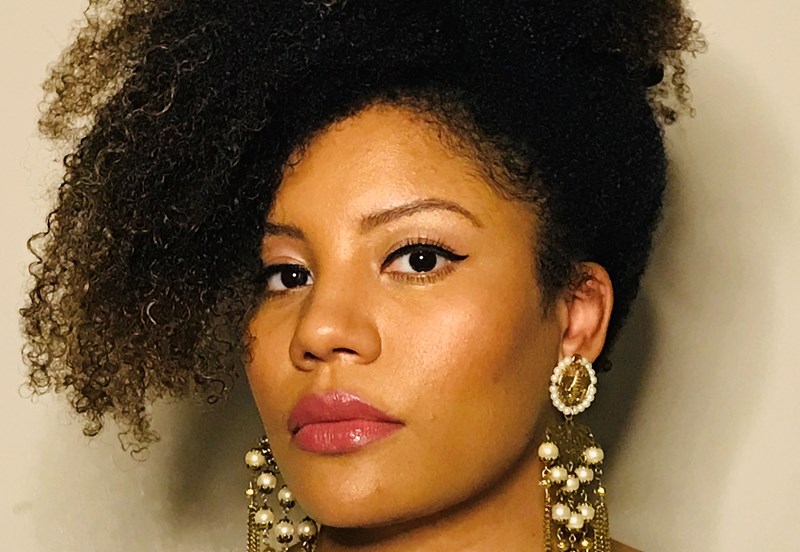 Piloting America 2am gives us the opportunity to collaborate with People’s Light veterans as well as a number of newcomers to our theatre, including two incredibly talented writers, Candrice Jones and Guadalís Del Carmen. Candrice was introduced to us by our new Resident Director, Steve Broadnax (Mud Row, Skeleton Crew, The Mountaintop). Guadalís was introduced to us by David Mendizábal, who has been deeply involved in the development of Eisa Davis’ New Play Frontiers play, Mushroom, which David will direct the premiere of in Fall 2022 (COVID-permitting).

Candrice and Guadalís share a striking ability to explore female friendships and female sexuality amidst the strangleholds of male power and the inequities of capitalist competition with jaw-dropping humor, candor, and immense dimensionality. The episodes they wrote will empower many while admittedly embarrassing some, and should catch the eye and ear of a Netflix exec in the process. We prize the ability to get to know these writers and start a relationship we hope leads to future collaborations, including productions on our stages when we are all able to gather again.

When I approached Steve, David, Candrice and Guadalís about becoming involved in America 2am, this was my pitch:

“Amidst a nationwide pandemic and seismic shifts in our society, what kind of sensational, revolutionary, and scandalous conversations take place at 2am over Zoom? How are real lives and relationships forever transformed in the virtual world? What commitments are made or broken? What affairs start or end? What political movements are dreamed up? What business deals are made? What reconnections occur between parents and children? What kind of extremity is fomented, from terrorists to cults? What kind of redemptions, reckonings, or revelations happen in the middle of the night?

In 2021 People’s Light will pilot a web series of pandemic duets. Part soap opera, part social commentary, part emotional peep show, the series seeks to invite audiences to be a fly-on-the-zoom of these highly intimate and life-altering conversations.”

These writers seized this idea and made it all their own. It’s been a joy working with them all on this project, along with the incredibly talented actors, and our tirelessly innovative Director of Photography and editor, Omkar Girish Purandare. It was also the first time Abbey Adams (Executive Artistic Director) and I had the chance to collaborate as director and writer since I joined People’s Light in 2011. The pandemic has been brutal in so many ways for so many people, but I do treasure the silver linings like this chance to meet new people and wonder together what kind of scintillating and startling exchanges may be happening when the world is supposed be asleep.

America 2am streams through April 4. Click here for tickets and more info!