A member of the first round of New Play Frontiers playwrights, celebrated writer Karen Hartman wrote Project Dawn, about a real-life revolutionary Philadelphia court that transforms the lives of women convicted for prostitution.  The play is groundbreaking, funny and stirring.  Seven female actors each play a member of the court staff AND a client of the court, illuminating the thin line between those who serve and those being served.

To learn about Karen Hartman's in-depth exploration of the issue of human sex trafficking in the Philadelphia region and how it inspired Project Dawn, read her article for Howlround: Courtroom Drama: The Politics and Poetics of One Community Immersion Experience. 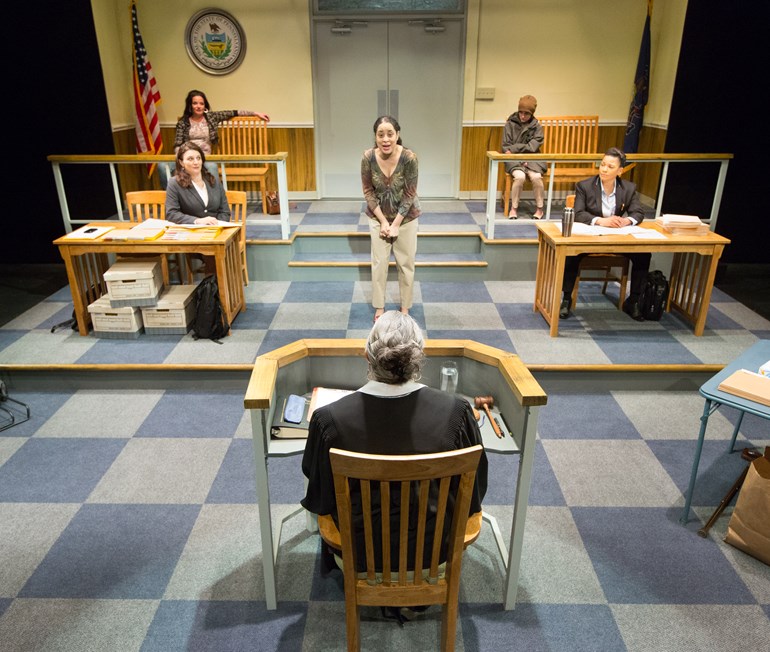 Project Dawn by the Numbers

$15,000 raised through a crowdfunding campaign enabled 475 people representing 48 organizations who work with vulnerable populations to attend through fully and partially subsidized tickets. Dozens of nurses, parole officers, lawyers, faith leaders, and law enforcement officers attended the production alongside our subscribers and returning patrons, and participated in play-related professional workshops and trainings. 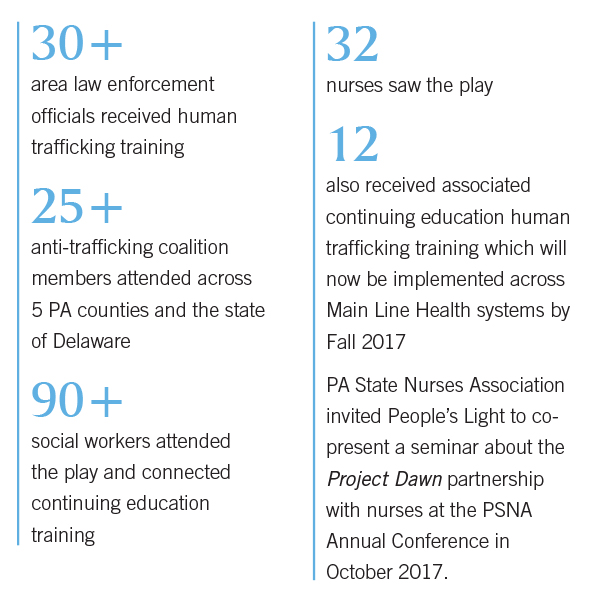 “As someone who has visited safe houses, listened to survivor stories and witnessed the despair on the Avenue, I was not expecting Project Dawn to grab me by the throat with its emotional intensity and aching reality. Project Dawn also proved to be a powerhouse in providing the audience with the facts about prostitution vs. prostituted women.”